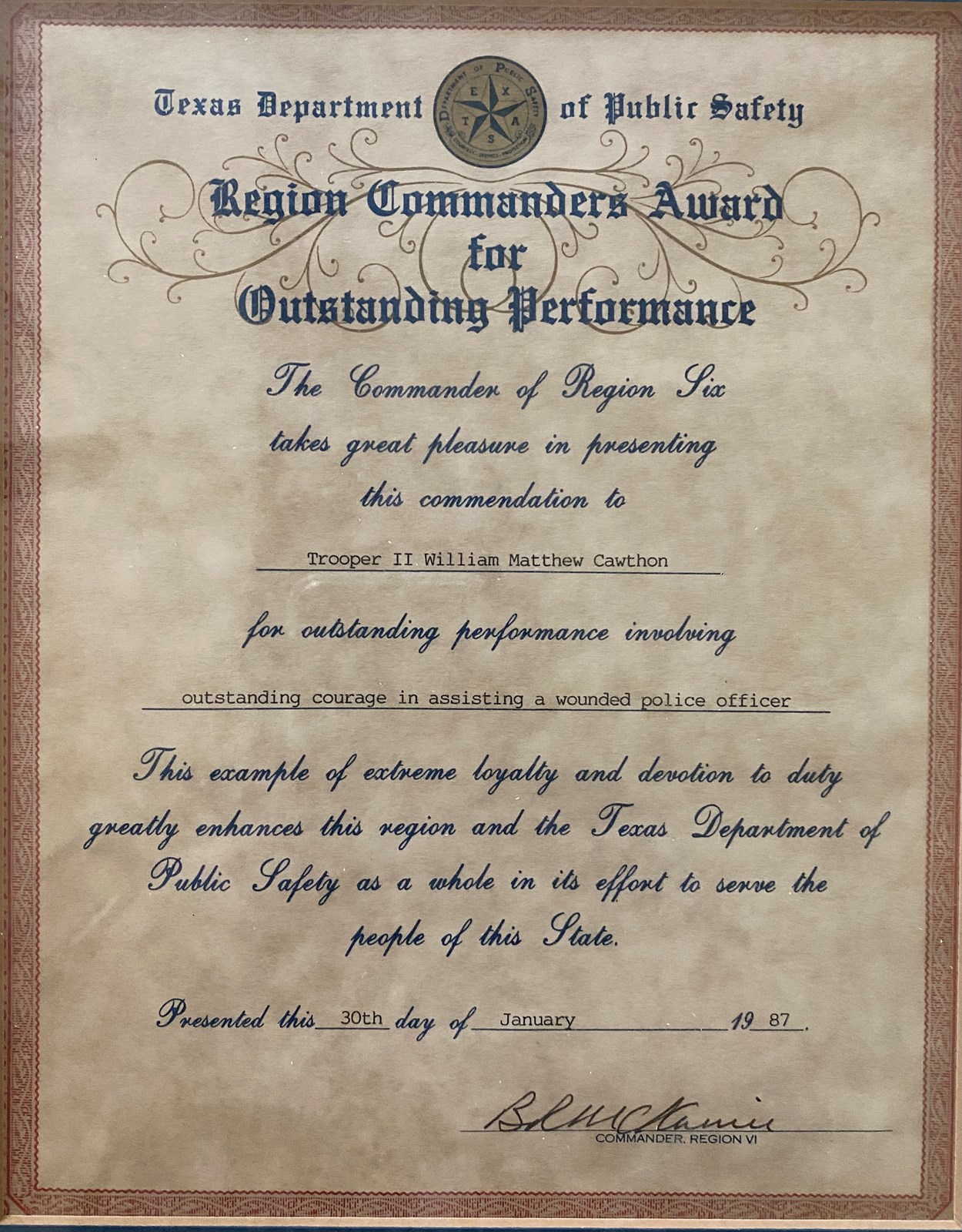 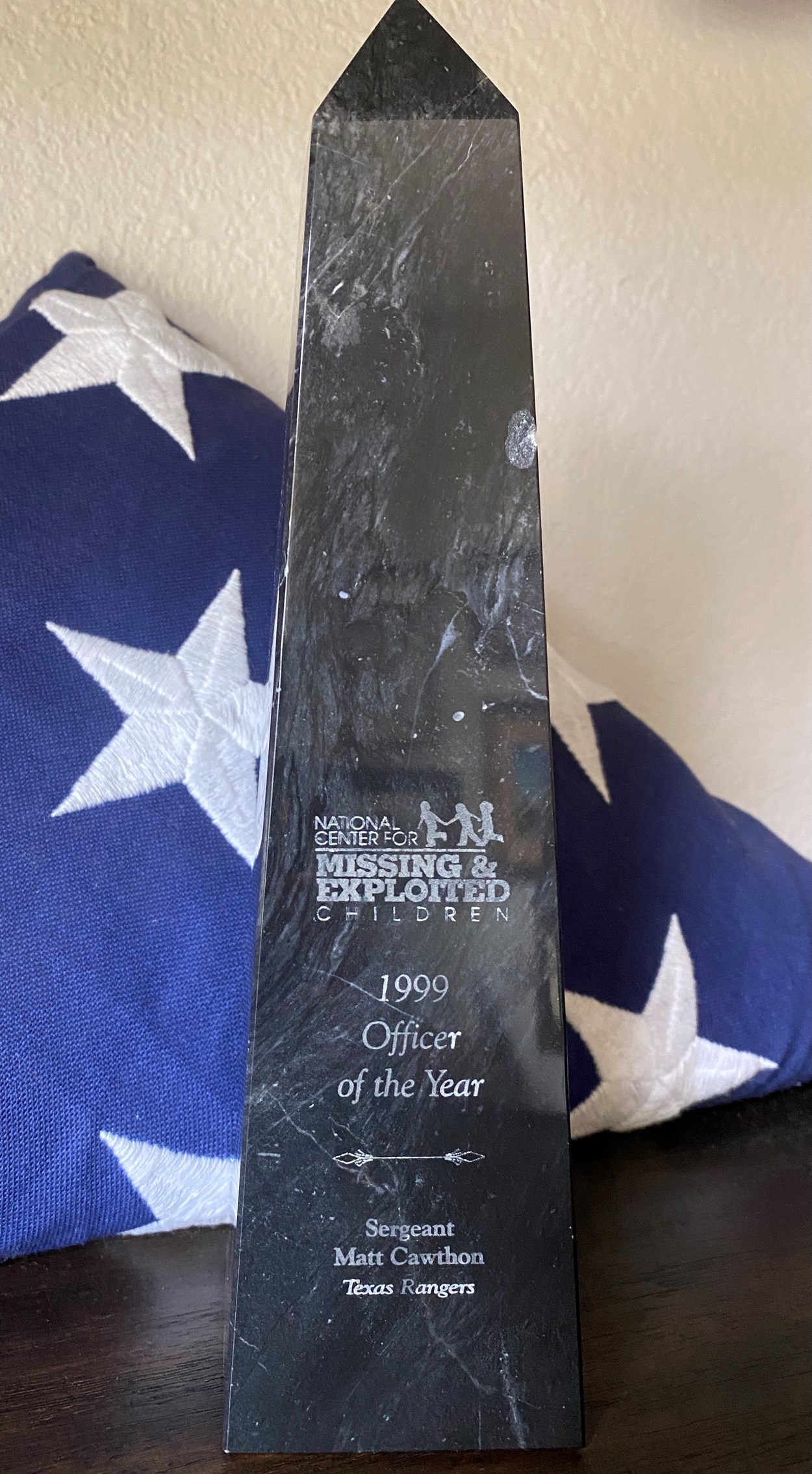 Named National Police Officer of the Year.  This award was given in Washington, DC by the National Center for Missing and Exploited Children, the US Justice Department, the International Association of Chiefs of Police and the United States Congress.  The award was in recognition for investigative work on an international child pornography ring and the murder of a child pornography victim in Central Texas. 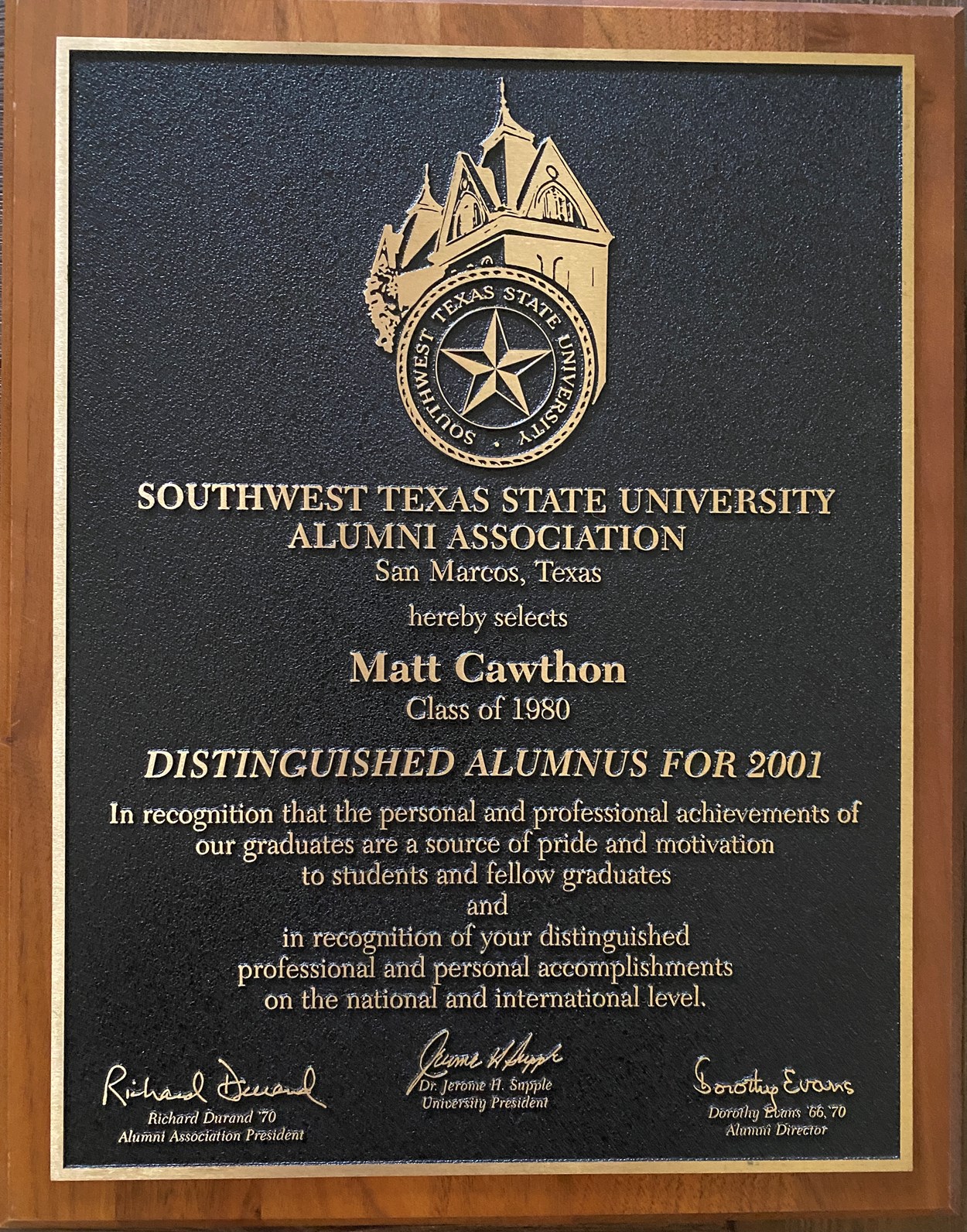 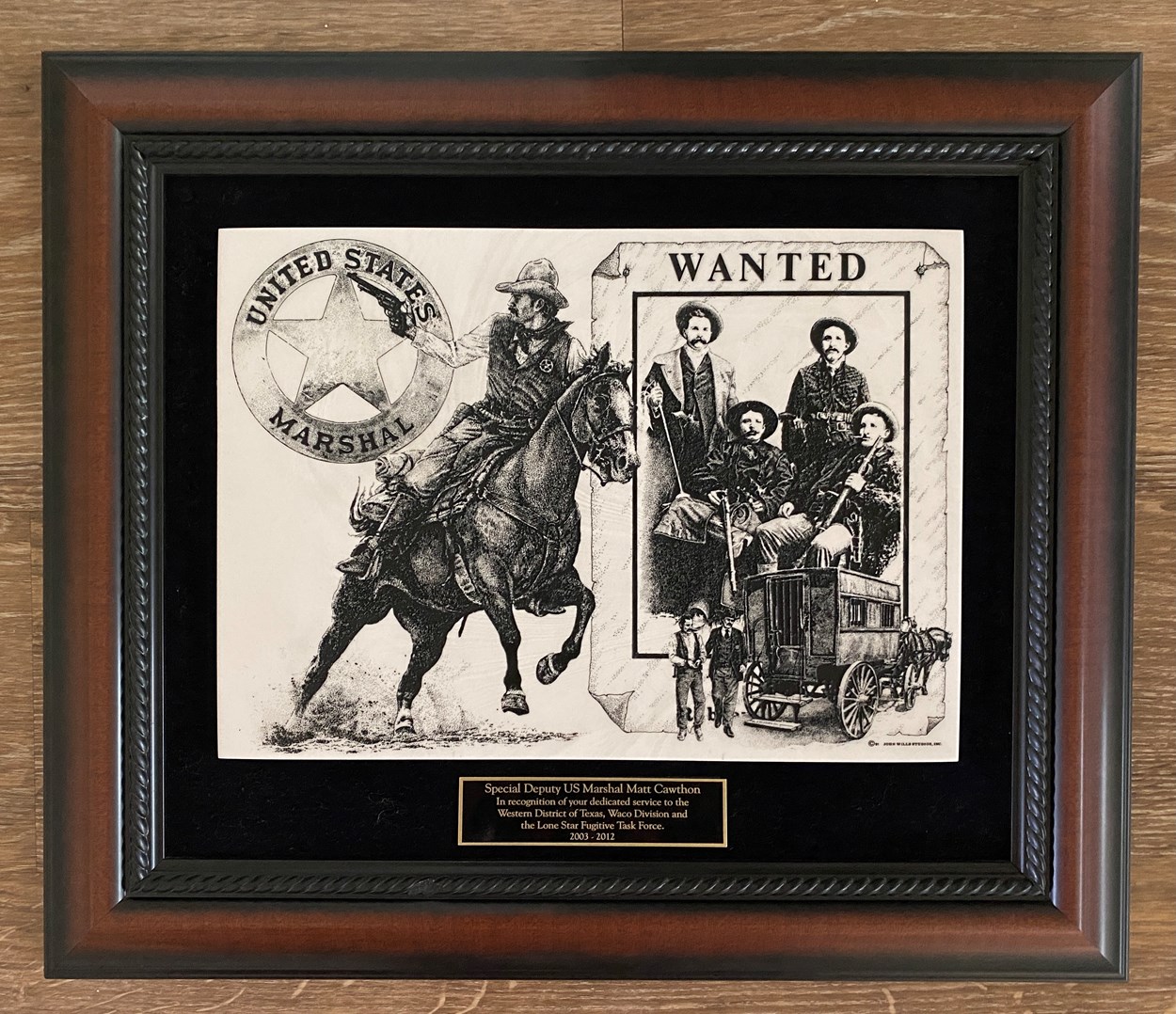 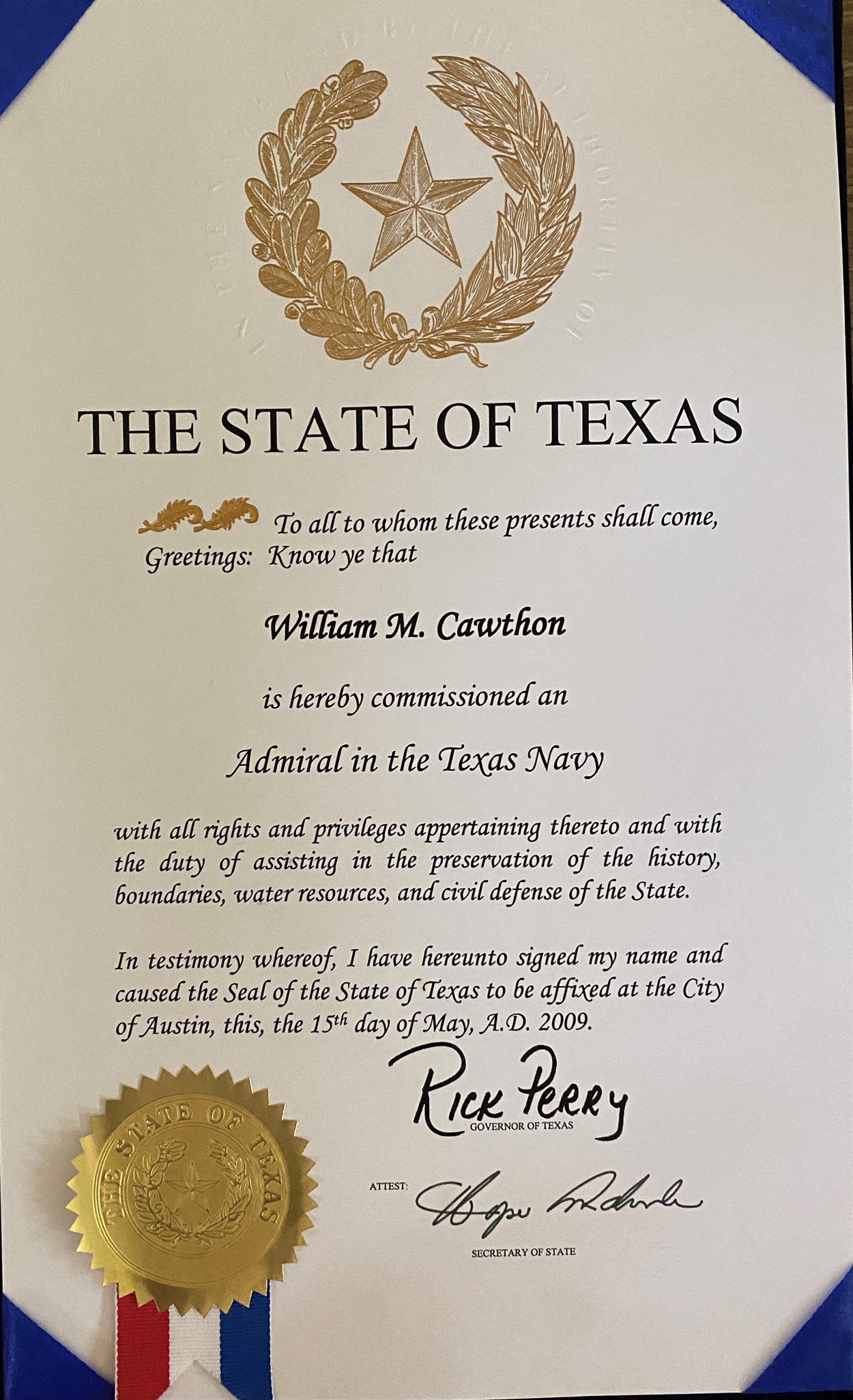 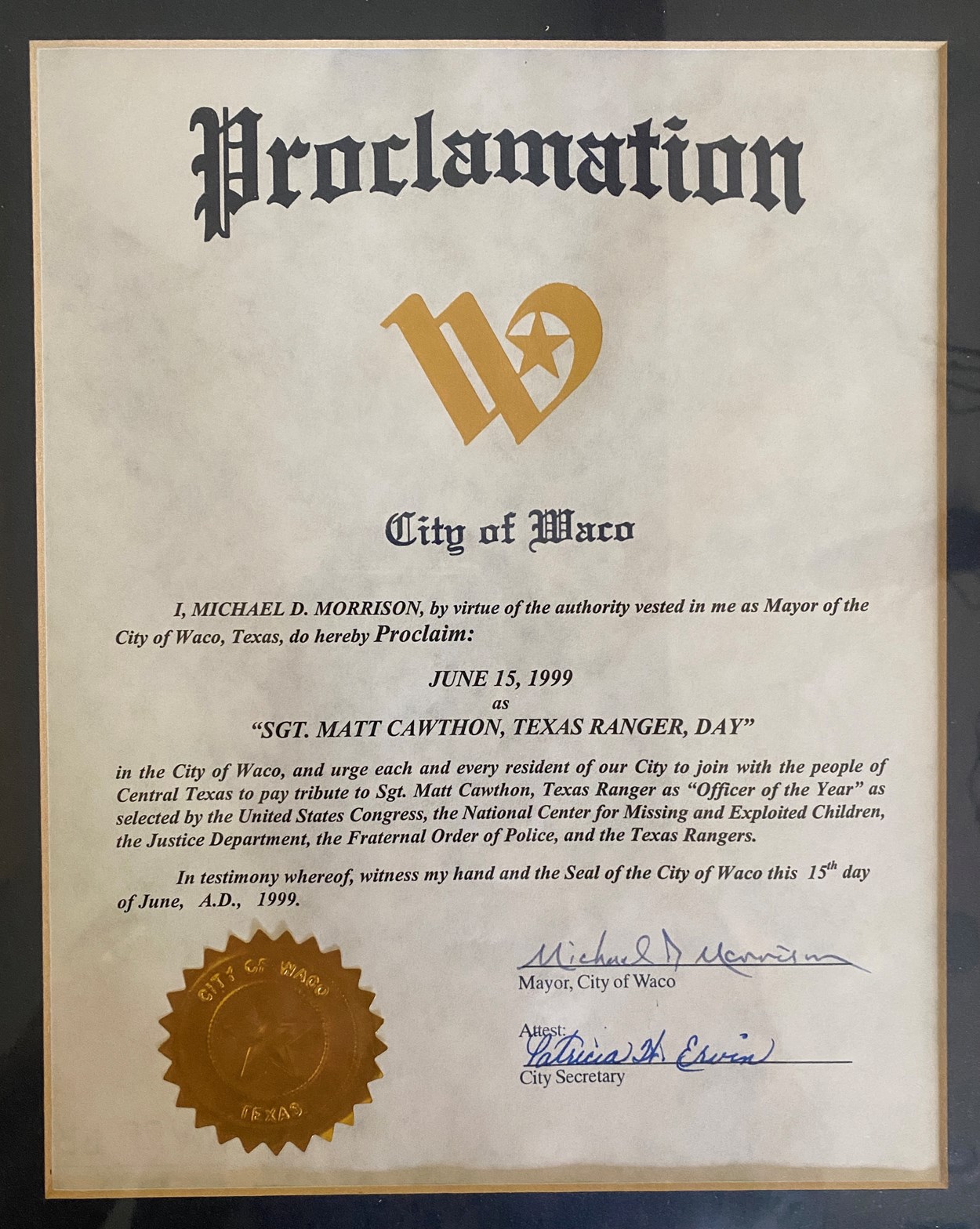